Tim Yip could be designing an opera, researching Chinese textiles, planning the costumes for a television epic, shooting a video in Paris for Chanel or entering discussion with the professor of genomics at the Academy of Sciences. He does all of these things at any one time, such is the activity of this exceptional set and costume designer. His work reveals his inherent sense of theatre and performance. Since he first showed his work at the Today Art Museum in 2007, it has become clear that he has another, quite different direction, though it accommodates all his creative levels. He is an artist. He produces his design artfully, but to be an artist demands a very different attitude to that of a designer. It requires one to probe beneath the surface of how things look. Few designers stray into the realms of art. To this complexity you must add a further philosophical layer. Through his writing, Tim Yip suggests a profoundly unorthodox way of seeing the world. His visual intelligence informs us all in whatever creative space we occupy. Inescapably, he is an artist of our time.

Tim Yip’s first exhibition at this museum, Illusions of Silence, made clear that despite the presence of photographic projections, this was no photography exhibition. The space was dominated by enormous sculptures suggesting futuristic hybrid forms with traces of human limbs. A series of exhibitions followed in natural progression beginning with Silent Passenger at the Three Shadows gallery in Beijing in 2013. It was there that the exhibition culminated in a huge standing figure of a sculptural figure named Lili — a young woman one might see on the streets of any Chinese city — reproduced in every detail on a gigantic scale. By the time of the exhibition Reformation at the Powerhouse of Art in Shanghai in 2016, Lili had become an elaborate fixture, existing in gigantic form and in several versions of herself as a simple manikin with a wig and dark glasses. In the most recent exhibition, Blue, at the Hong Kong Design Institute last year, Lili appeared seated opposite her robotic self in a chamber with mirrored walls casting endless reflections of her encounter with an emblem of Artificial Intelligence. The question on everybody’s lips is ‘Who is Lili?’

As the title of the exhibition Mirror suggests, Lili offers us a reflection of ourselves. She is a vacuum. She contains nothing, yet if she is brought into the room, she changes the dynamic of the space around her. She is an agent of transformation. In the years since that first exhibition in the museum in 2007, we have all changed. The world is mapped in a different way. Our understanding of what constitutes our ‘selves’ has to be balanced with the fact that the human brain where our ‘self’ resides is no longer a foreign continent. The blank spaces on its map are being filled, as are all the nervous highways that connect it. The human cell, at the nucleus of which lies the DNA in which our genetic history is charted, is now itself the subject of an enormous atlas. Lili propagates not DNA but ‘spiritual DNA’, an invisible binding force that links us all through a chain of memories to our deepest personal history. She offers a counterpoint to everything we can touch and call ‘real’. She never moves or even turns her head unless directed by the hands of others, yet she fixes us all with her gaze. It is in this territory of the intangible that Tim Yip makes art. 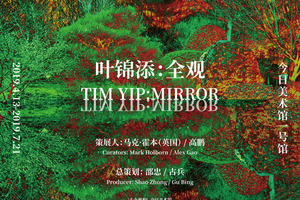 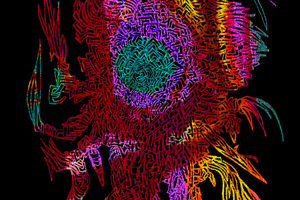 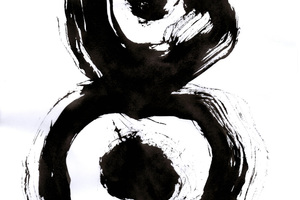 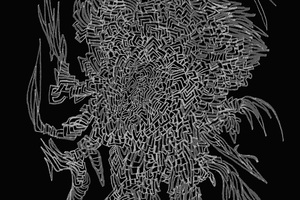 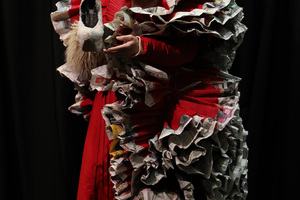 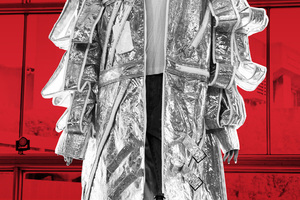 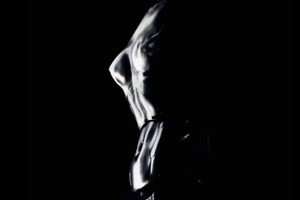 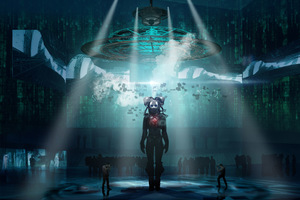 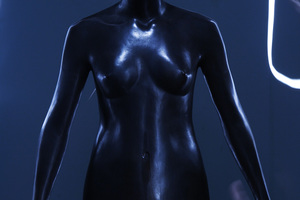 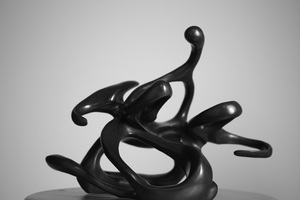 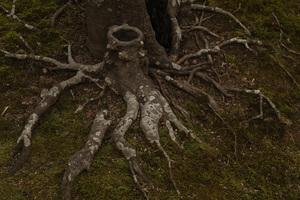 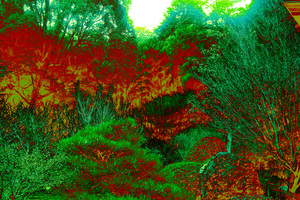