The Rite of Spring composed by Igor Stravinsky originally showed the dissonant relationship between mankind and nature. Stravinsky created this ballet based on his vision of ancient Slavic rites. The scenario depicts a story about the primitives’ fear and adoration toward the earth, and rejoicing and excitement toward the renewal of spring and a new world, in which sage elders, seated in a circle, watch a young maiden dance herself to death for awakening the spring.

It is the strong orientalism that distinguishes the version by Yang Liping and Tim Yip from more than 80 other versions. With the focus on a Chinese-oriented theme, this version depicts the afterlife, because death is not the final destination according to Eastern philosophy. Yang Liping blends the concept of reincarnation into this Western classic, which means all characters are devout believers, willing to seize the opportunity to sacrifice themselves.

“In primitive society, people worshiped fertility as a symbol of eternity and regarded women as Mother Earth. They believed that they could, through intercourse, reach a transcendent realm and feel the ecstasy penetrating deep down into the soul” -Tim Yip

From Yang Liping’s creative perspective, Tim Yip realized that everyone is a Buddha, so he used elements from Tibetan Buddhism to create 12 Taras. Each of the 12 dancers represents a Tara, forming a group that links the mortal world and heaven. The transparent headwear with gold symbolizes eternity.

Yip designed a golden bowl on stage depicting an unpredictable world whichinfluences reality. The shining bowl serves as the source of supreme and unceasing power. Death makes more sense in this indescribable status. The golden bowl is where the dancers are born and reborn, and through its power the dancers perform to symbolic deities on stage. The stage is an extremely pure and innocent zone, irrelevant to any worldly objects. A deity in the form of a temperamental lion appears and breaks into the world of Buddha’s by leveraging the power of the golden bowl, in order to choose a sacrificial victim. In this surreal stage design, the existence of the golden bowl is more like a secret tunnel to reach both heaven and earth, and contains illusory mysteries. Good and bad, black and white are mixed to generate power. The powerful Taras derived from uncertainties beckon the past and the future, the balance between the Heavenly God and the universe, and the moment between life and death for a soul. Ultimately, a rite of reincarnation within a dream takes shape. 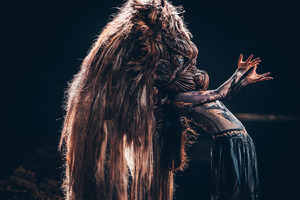 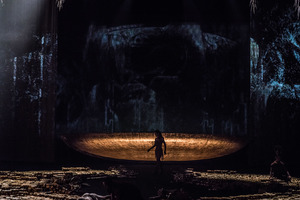 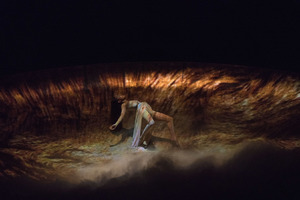 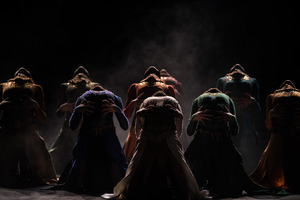 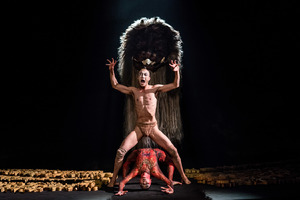 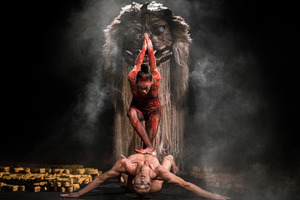 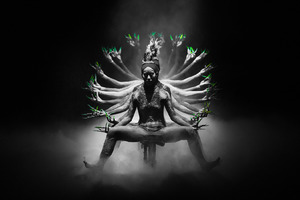 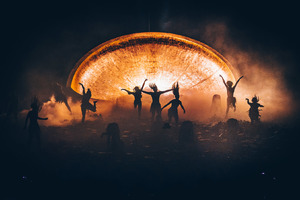 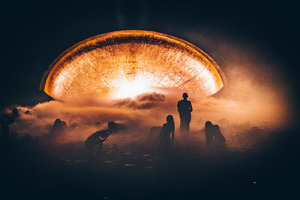 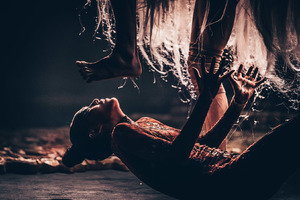 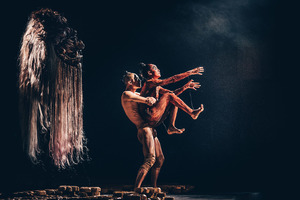 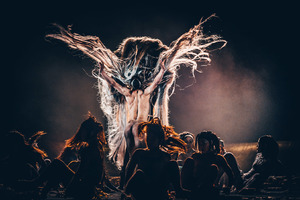 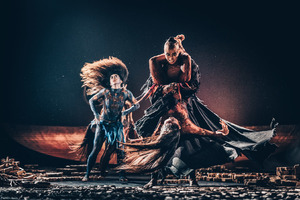 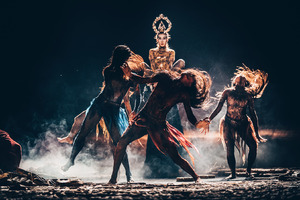 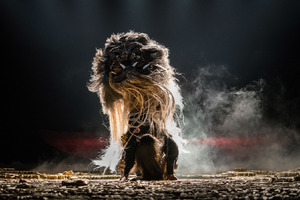 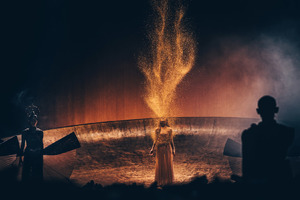 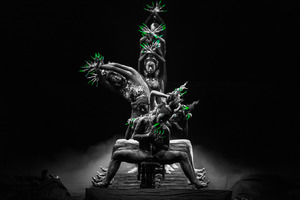 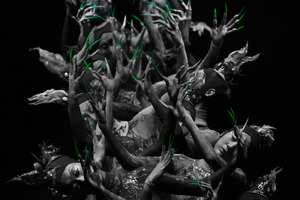 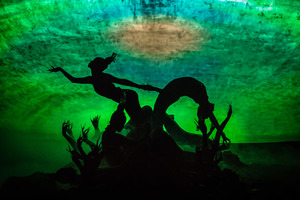 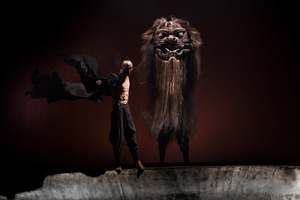 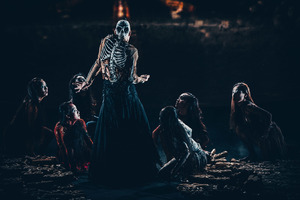