In one of the most anticipated dance events of 2016, choreographer Akram Khan creates a brand new version of the iconic romantic ballet Giselle for English National Ballet.

The classic story of love, revenge and redemption is given a new interpretation, with Academy-Award winning designer Tim Yip creating a stunning set design, and composer Vincenzo Lamagna adapting the original score, which will be performed by English National Ballet Philharmonic.

“Giselle is a ballet that lives in both the real and spiritual world: this is why I thought it would be particularly appropriate for Akram Khan, whose work often represents those two worlds” says Tamara Rojo, Artistic Director of English National Ballet.

“I am eager to start the creation of Giselle. It is a beautiful and iconic piece, and I am looking forward to bringing my own take, together with my collaborators and the wonderful English National Ballet dancers”, says Akram Khan. “I am still nostalgic from the experience of creating Dust, in the Lest We Forget programme, and am now even more energised to discover the world of Giselle”.

Khan and his team have created a sensational and sensuous 21st century Giselle, rooted in a phantasy present day world of ghost former industrial factories where outcast migrant garment workers are oppressed by a fabulously wealthy landlord class protected by a monolithic wall.

The whole ballet is magnificently danced and it is, I think, a gift for ENB.

This wall that rises and revolves, like a giant domino on a spit, is the centrepiece of Tim Yip's stunning visual designs, including an extraordinary range of elaborate, pointless, costumes that identify the popinjay avarice and greed of these factory-owning families.

It has an imaginative and compelling physicality, an atmospheric set (a huge rotating wall) and costumes by Tim Yip.

Oscar-winning designer Tim Yip, meanwhile (of Crouching Tiger, Hidden Dragon fame) backs the entire, smoke-filled stage – and bisects the worlds of the migrants and Landlords – with a giant, 20ft-high wall. Yip’s costumes, meanwhile, are suitably frayed for the migrants, magnificent beyond belief for the Landlords.

Earthbound, visceral, feral and intense, and moulded with a sculptural beauty. 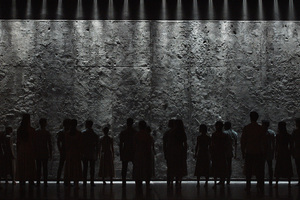 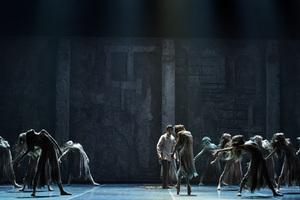 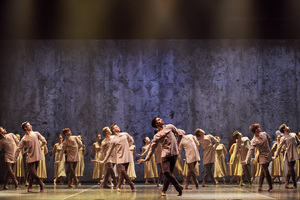 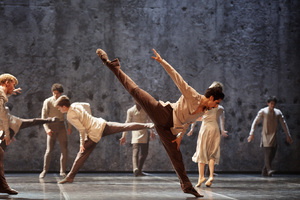 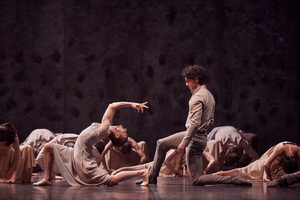 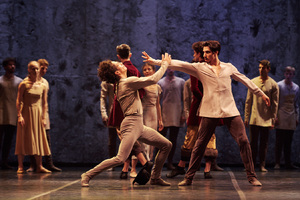 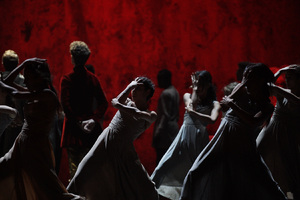 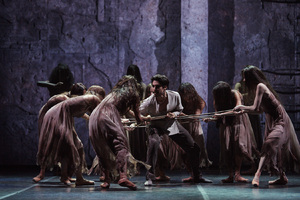 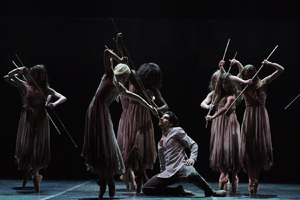 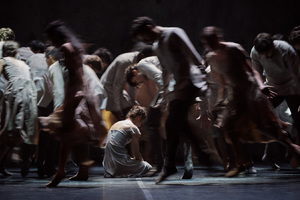 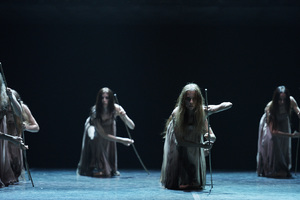 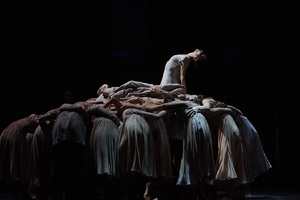 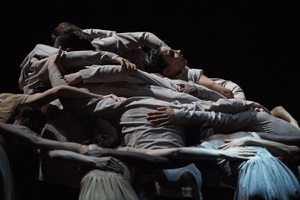 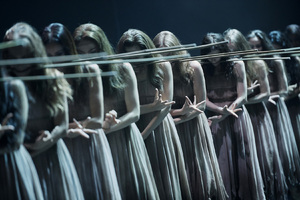 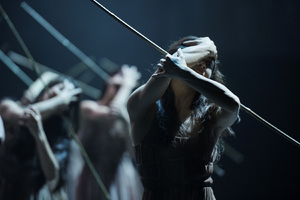 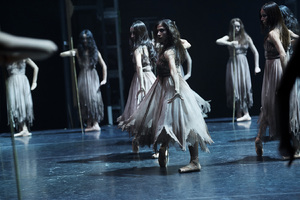 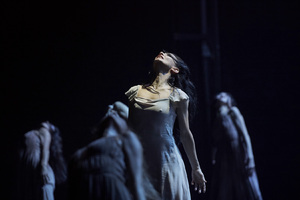 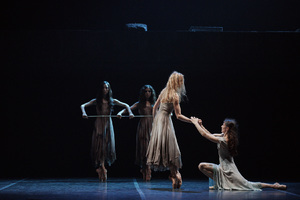 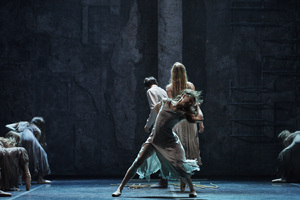 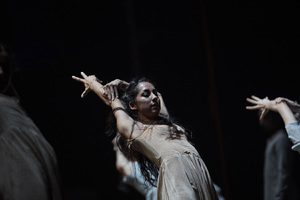 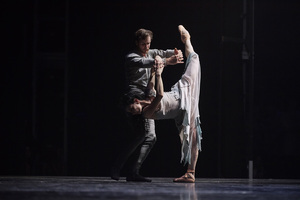